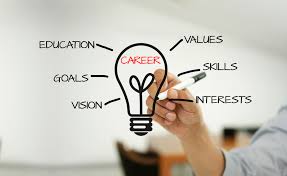 CAREER PROFILING FOR GUIDANCE AND GROWTH

Career Profiling is an effective tool in the development of staff, career development of individuals and the overall talent management of an organisation. For career profiling to be effective, the first step should, however, always be a gap analysis. This is essential in creating a profile that showcases the skills and attributes that a candidate already has, while indicating possible skills development opportunities to fill the gaps. The goal should be to compile a profile that does not only include qualities and experience, but also points out the candidate’s characteristics, personality traits, intrinsic values and ethics.

How can this be achieved? According to Mark Orpen, Chief Executive Officer and Chairman of The Institute of People Development’s (IPD), the analysis session should drive the creation of the most holistic picture of the person as possible. “Once the gaps have been identified, questions must be asked to determine where the candidate sees him/herself going. In most cases, the candidate won’t know the answer to that question. However, more often than not, just the activity of going through a person’s strengths, weaknesses, attributes and past achievements will enable them to see their own future in a better light.”

There are two clear paths that career profiling can take: one, the person being profiled has a clear idea of where they see their career going, but they don’t know how to get there; and, two, the candidate has no set direction for their future and need career profiling to tell them which career path would best suit them.

“In the first instance the process is much easier. The gap analysis is always the first step, but once this is complete the process becomes more about career guidance and advising than pure profiling. This involves aiding the candidate with a Recognition of Prior Learning (RPL) or skills development plan in order to get them from A to B on their chosen career path,” confirms Orpen.

The second profiling path is slightly more complicated, requiring the profiler to delve deeper into the candidate’s aspirations. “In terms of aspirations, the profiler shouldn’t be asking about earning possibilities, but rather investigating responsibilities, the environment the candidate wants to work in, the work roles they would be interested in, whether they wish to work independently or in a team, etc.; all of this information feeds into an educated career plan.”

Career profiling is far more than a Personal Development Plan (PDP). A PDP is specific to a particular company, indicating the route an existing employee should take to ascend the rungs of the organisation’s internal ladder. A career profile on the other hand is more about the individual than the company. “In simpler terms, a career profile entails doing a gap analysis to get the full picture, determining a future focus, providing career advice if the future focus is clear or building a greater profile and developing a future focus to work towards. Through this process, the candidate is given a better idea of their future within their current organisation, with a plan in terms of their future growth.”

For the individual, being in the wrong career may be the result of roles not being clearly defined or having changing as their career progressed (job profiles are organic), but this will mean that the individual will be unable to use their strengths to full capacity, leading to dissatisfaction.

From an organisational point of view, if career profiling isn’t conducted properly, the company will employ the wrong person for the job. This becomes a vicious negative cycle of recruiting the wrong person because the profile is wrong, while the employee is unhappy because they are not the right person for the job. When profiling an individual, it is essential that the profile is built for a particular person, rather than for a position. Don’t hire an employee and then create a profile for that person in that position because they happen to do it well; by doing this the person’s true profile will not be drawn out, but rather a list of what the company wants the person to achieve, or what the person is already achieving. When profiling for an organisation, the profiler must ensure that the profile is strategy driven, and that it is linked to measurable performance indicators. To achieve this, each profile must be considered for its unique attributes and requirements; no two profiles should be the same.

“When conducting career profiling for SARS managers, for example, it was essential to connect its diversity management to the management roles. In this instance, technical skills and how to harness the strengths of the broader staff complement became key performance indicators,” states Orpen. “At the Institute of People Management (IPM), on the other hand, profiling was done for professional designations, determining the skills, knowledge and practical experience someone would need to have in order to register. At INSETA, the profiling was more in line with gaps already identified through a customer satisfaction survey and in line with change management.”

When conducted effectively, career profiling greatly benefits the individual and the organisation. “The result is an employee that is focussed, dedicated and aware of the areas that require skills development, whether through continuous professional development or formal studies, in order to advance in their careers,” concludes Orpen. “Intrinsically, people need to have purpose and meaning in life, this process facilitates finding that purpose.”
_ ENDS –